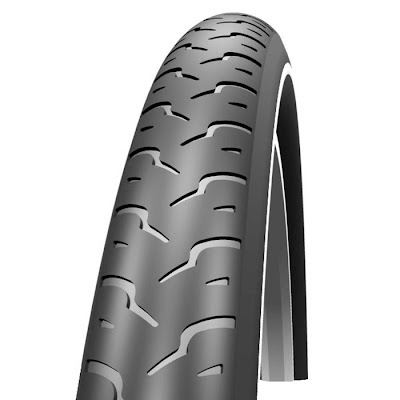 Schwalbe makes a bike tire called the Speed Cruiser. The name first struck me as being somewhat oxymoronic, like jumbo shrimp, but the more I listened to customers at Bike Works, folks looking to into biking for recreation or transportation, the more I realized they were describing something that really could be called a Speed Cruiser. The bicycle industry in general created the broad categories of road bikes and mountain bikes and then tried to fill in some grey areas with things they call hybrids or comfort bikes. And there are touring and cyclocross bikes and guys like Grant Petersen who've tried out terms like "all-rounder" and "country bike".

The shop I manage, Bike Works, is the retail side of a non-profit group that has this mission statement:

To build sustainable communities by educating youth and promoting bicycling. We teach young people how to fix bikes, reward them with their own set of wheels, and provide affordable bicycle services to the community.

Everything we do is geared toward getting people connected with simple, practical bikes. Because Bike Works is a non-profit, we get lots and lots of bicycles donated to us. Some bikes go to the kid's Earn-A-Bike program, some get shipped to Ghana, and some get refurbished and sold in the shop. Proceeds from the shop sales go to fund the various Bike Works programs.

The bikes we're selling the most of these days are what we've taken to calling Speed Cruisers. The Speed Cruiser is the answer to the customer who is looking to ride around town and doesn't want to be hunched over like a racer but still wants to go reasonably fast.

A typical Speed Cruiser starts out as a ten or twenty year old mountain bike. The bike probably got donated to us because it lacks a suspension fork or disk brakes or something other feature that may be handy for technical off-road riding. Maybe the bike has blown out or gummed up shifters. We go through the bike mechanically, fixing what we can and replacing broken parts with either good used parts from doner bikes or inexpensive reliable new parts. If an indexed shifter is totally busted, we may opt to replace is with something simple and tough like a Falcon Friction Thumb Shifter.

Most of the "Speed" in a Speed Cruiser comes from swapping out the tires. Going from 40 PSI knobby tires to an 80 PSI slick tire is a pretty easy way to make the bike go faster with the same effort. My personal commute bike, an old Specialized M2, picked up a couple of mph when I slapped a set of slicks on it.

The "Cruiser" part of a Speed Cruiser is the result of a handlebar swap. Many of these old mountain bikes have flat bars which were probably fine for mountain biking, but for cruising around in an urban environment a more upright position might be better . As I've gotten older, I've found myself raising my bars up a bit. And that's a common request from shop customers, so we often equip the Speed Cruisers with bars with either a three or five inch rise. We've also set up some bikes with bars that sweep back or stems with additional rise. Of course, the higher handlebars do translate to more air drag, so "cruiser" and "speed" are somewhat in opposition, but every customer finds his or her own "just right" spot in that comfort/speed trade off.

Other modifications may involve selecting a saddle from one of our many parts bins, maybe adding a rack, fenders and lights. Refurbed bikes wind up going out the door at Bike Works in the range of $200 to $400 depending on what all went into the bike in terms of parts and labor. And as fast as we can build them, they fly out the door. We also sell road bikes and old classics and some mountain bikes as mountain bikes, but by far the most popular bikes these days are the Speed Cruisers. At least a couple of times a day someone comes in looking for "I don't know, something I can ride around on. I'm not looking to race or anything, but I don't want anything really slow either. Maybe I'll ride to work or ride around the lake. What do you have like that?"